History – Beginnings of the work. The Seventh-day Adventist faith was first brought to Newfoundland in 1893 by two lay missionaries from Battle Creek, Michigan – E.A. Parker, colporteur, and L.T. Ayres, schoolteacher – and their wives. The first woman convert was Mrs. Anna Pippy, the wife of a St. John’s businessman, with whom Mrs. Ayres had become acquainted on board the vessel en route to Newfoundland. Edward Butler was the first male convert. When, because of his refusal to work on the Sabbath, he was dismissed from his position as checker of ship’s cargo at Harvey’s Wharf, he became a self-supporting lay worker, continuing in this service until his death in 1950. His son, George, was a minister in denominational work for 42 years in Canada, Australia, and the United States.

The Newfoundland Mission Founded. In 1895 S.J. Hersum was sent to Newfoundland to baptize the converts and establish a mission. A church school was opened in 1905 in Mrs. Pippy’s home, taught by Elizabeth Milley, a new convert. Church services and public meetings were held in Jackman’s store building until a new church was built on Cookstown Road in St. John’s. The first church was organized in 1896 with 18 charter members.

H.J. Farman continued the work with tent meetings in various outports in Conception Bay. Four new converts entered the colporteur ministry in the areas of Bonavista and Notre Dame bays. Literature distribution was widespread, with shipments of tracts and papers sent to outports by dog teams.

H.C. Giles held public and cottage meetings in Grand Bank and Fortune Bay on the Burin Peninsula. C.A. Hansen was sent and supported by the Iowa Conference to assist in the fast-developing interest on the Avalon Peninsula. In 1901 the Newfoundland Mission field joined with the Ontario and Quebec conferences and the Maritime Mission to form the Canadian Union Conference (listed as the Eastern Union Conference in the General Conference Bulletin, 1901).

From 1902 to 1904 Dr. A.E. Lemon and his wife, Dr. Carrie Lemon, from Battle Creek, operated a clinic and treatment rooms in downtown St. John’s, known as the Newfoundland Health Institute. Dr. Carrie Lemon was the only woman doctor practising in Newfoundland. Of widespread interest were her lectures sponsored by the WCTU to large audiences in Victoria Hall, St. John’s.

C.H. Keslake, while traveling to isolated outports on board Dr. Wilfred Grenfell’s coastal vessel, became acquainted with the skipper, James Dower, who accepted the Seventh-day Adventist teachings. Several of Captain Dower’s children became denominational workers. A native Newfoundlander, F.W. Johnston, son of a charter member of the St. John’s church, assisted Keslake in outport evangelism in Twillingate and other areas; later he became a prominent evangelist in Canada and the United States.

A Franklin Gordon treadle printing press, purchased by the mission and operated by George H. Morgan in his home, printed a publication known as The Advent Messenger from February, 1909 to July, 1911.

In 1914 a headquarters building was erected on Freshwater Road in St. John’s to house the mission office and manse. In 1920 the building was remodeled, and subsequently several times enlarged to accommodate the school, moved from Cookstown Road church, which developed into the Newfoundland Academy, teaching 12 grades.

Elder B.E. Manuel returned to his home village of Cottrell’s Cove and began the work there in 1919 with a church and school. A newly renovated building continues to serve as a church at this present time.

Two mission boats were used by colporteurs–the Hope on the north coast, later the Messenger on the south and west coasts.

Radio station BSL (Bible Study League) was built in 1929 by H.N. Williams, mission superintendent. It has subsequently been operating with the call letters VOAR (the Voice of Adventist Radio). In 1991 a million dollar project was completed with financial help from many parts of North America. The project included new studios occupying the lower floor of the new conference headquarters building in Mount Pearl with all new equipment, a nine acre tower site with twin directional towers, and miraculously the Canadian Radio-television and Telecommunications Commission (CRTC) approved a power increase from 100 to 10,000 watts enabling coverage of the east coast of Newfoundland, with many responses from different countries in Europe. The new frequency is 1210 AM.

Depression and unemployment in the city of St. John’s during the 1930’s gave opportunity for the Seventh-day Adventist Welfare Association to operate a welfare soup dispensary for adult unfortunates.

A new church was organized in 1938 in Corner Brook, on the west coast of the island, and a two-room school was built in which church services were held until 1959, when a new church building was completed. The first teacher was Hazel Avery. The school outgrew its facilities as a five teacher school. A choice tract of land was purchased on Philip Drive in the center of a large housing development and a new church and school complex was erected in 1987.

In 1947 under the direction of Pastor Clarence Goertzen, a church was built with a school on the lower floor in Botwood. The members included families who had moved their church school and houses across the bay from Indian Point. A new two-room school building was erected on the church property (1958-1960) under the direction of Pastor John Graham. The school grew to five rooms, but with declining enrollment and an outdated building, a four-room school was erected in 1987 adjoining the former gym. We now have four teachers there.
The Newfoundland Mission Conference Organized. In 1949, the year when Newfoundland became the tenth province of Canada, the Newfoundland Mission was officially designated the Newfoundland Mission Conference and was included in the sisterhood of conferences comprising the Canadian Union Conference. The president of the mission became a member of the executive committee of the Canadian Union Conference. A treasurer and part-time publishing secretary were employed, with one other ordained minister located in Corner Brook and a pastor-teacher in Botwood.

Subsequent History. In 1950 a new mission boat named Maranatha was added, which has made colporteur trips to Labrador. In 1952 a junior campsite of 20 acres on Adams Pond, 15 miles west of St. John’s, was purchased, on which a dining hall and a dormitory were erected and equipped. In 1969 this camp was sold and a new campsite was developed on the west side of Southwest Pond, about 35 miles west of St. John’s on the Trans Canada Highway. The present campsite consists of three dormitories and three other buildings with 29 cabin units, auditorium and two separate cabins plus other small buildings and tent and trailer sites. In 1991 a large ball field was completed. Camp Meeting is held there each year. The camp is also used for other youth activities, including a Blind Camp.

In the 1950’s, Mrs. Richard Stagg from Cape Freels was a patient in the TB Sanatorium in St. John’s. She listened to Radio Station VOAR and requested Bible studies, and was baptized by Pastor Philip Moores. Upon being released from hospital, she went home and began sharing her faith. When the Staggs moved from Cape Freels, they encouraged someone to follow up the interest. In the summer of 1960 Mrs. Arthur Moores and Mrs. Eugene Hildebrand assisted a teacher, David Crook, in holding Vacation Bible School during the day and public meetings at night. Later, Phyllis Stokes began a Branch Sabbath School resulting in a small company which continues to this day. There have been several baptisms and some of the young people have become denominational employees.

In 1957 the original Cookstown Road church in St. John’s moved into the former Queen’s Road Presbyterian church building. This was sold in 1979 and a former Pentecostal church on Aldershot Street was purchased which is used at this present time.

At Bay Roberts a new church building was built with a two-room school on the lower floor. In 1983 the school moved into a new four-room school building that was erected on the church property.

In 1961 a beginning ministerial intern, David Crook, held a series of meetings in Lethbridge, Bonavista Bay. This resulted in 15 newly baptized charter members and a new church building was dedicated 12 months later. A one-room school was built and opened September 1, 1963 with Edward Reimche as the first teacher. This grew to a five-room school, but with declining enrollment, the school was closed in 1991.

In 1963 Pastor and Mrs. David Crook held a series of meetings and Vacation Bible School in Glovertown creating much interest. A double wide trailer was placed in Glovertown and Evangelist Lyndon DeWitt and Pastor Gordon Miller held a series of meetings with a number of baptisms. Thus a church was established there. A new church building was constructed and dedicated in December, 1982.

In 1966 David Crook and two other Canadian Union College theology students held a series of meetings in Bonavista which created considerable interest. Then later, Pastors Olavi Orpana and David Crook held another series of meetings resulting in 17 baptisms which was the beginning of the church there. Later a small church building was erected.

In 1967 at St. John’s, new office facilities were built and added to the front of the academy. Besides providing space for offices and the Adventist Book Center, this new section also provided space for Radio Station VOAR. The radio station was now completely separate from the academy. In 1965, there was a fire in the academy and a new three-room brick school was built at 154 Freshwater Road and in 1968 the old academy was completely renovated throughout and the outside covered with brick, making the building look very attractive. The Adventist Book Center ceased operation in 1979.

In the 1970’s Pastor Victor Gill was sent to open new work in Marystown by building a medical clinic thus attracting Seventh-day Adventist medical professionals. The clinic was sold in 1978/79. Two buildings were erected, one as a church and school for lower grades, and a small building for upper grades. Evangelist Lawton Lowe held a very successful series of meetings enabling a functioning church to begin. In 1985 a Maranatha group, along with members from across Newfoundland, came and erected two new buildings – a four-room school and a church sanctuary.

A group of people from the Conception Bay South area attended a series of meetings held in St. John’s with evangelist Lawton Lowe, were baptized, and joined the St. John’s church. After holding membership there for several years, it was their desire to have a church building in Conception Bay South. A building was purchased and renovated in 1983 and on September 11, 1993 it was dedicated.

In February 1990 the conference headquarters moved into a new building that had been purchased and renovated at 1041 Topsail Road in Mount Pearl providing accommodation to Radio Station VOAR on the lower level with ground level back entrance and the main floor with ground level front entrance for four offices, board room, receptionist area and work room.

We become inspired to care for others because our lives have been enriched by the love, joy, peace, acceptance, and forgiveness of God. We believe that every member is a Minister and through discovering, developing, and utilizing our spiritual gifts God’s family will grow. 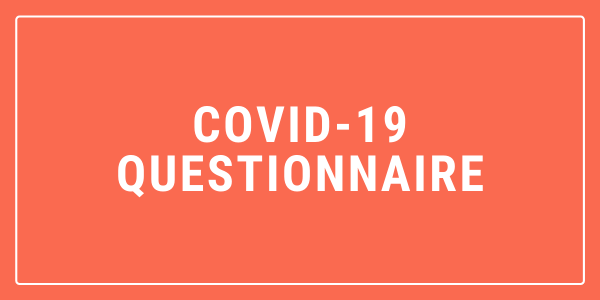